Shojo sometimes dabbles with history, usually for the sake of reincarnation drama or the concept of star-crossed lovers.  In this case, the creator of Yona of the Dawn looked at it and said "why not both?" 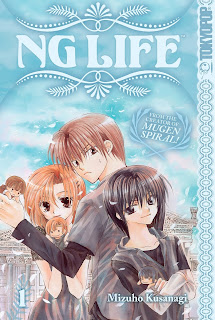 Nearly two millennia ago, the gladiator Sirex pledged to his lady love Serena that would return to her even as their hometown of Pompeii was consumed by Mount Vesuvius.  Centuries later, Sirex has been reborn as Keidai, an ordinary Japanese teen boy.  While many of the people around him are also reincarnations of people from Sirex's life, only Keidai can clearly remember that past.  That makes things awkward when Keidai recognizes his beloved Serena in Yuuya, the grumpy boy who just moved in next door.  Keidai isn't sure whether to convince Yuuya of their past connection or try to forge some new relationships in the modern world?

This week has been one for the history books here in the States (to say the least), so let us have a month that's all about the many ways manga has explored world history!  And I know precisely where to start... 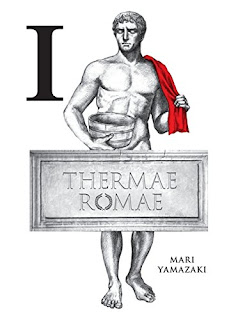 Centuries ago, during the reign of Roman emperor Hadrian, the engineer Lucius Modestus is struggling to come up with a new idea for his latest public bath project.  A freak accident sends him spiraling into modern-day Japan, where he is dazzled by their bathing technology and culture.  Lucius's new ideas are a success, but what will he do when the emperor himself demands his service?

It's a little late, but think of this review like a treat, that last bag of clearance-price Halloween candy on the shelf the day after.  So let's take a look at one of Rumiko Takahashi's rare stabs at horror and one of her most underrated tales. 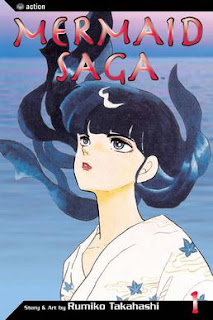 It is said that anyone who eats mermaid flesh gains eternal life.  Yuta is all too familiar with this legend.  500 years ago, he was a fisherman who sampled the flesh out of curiosity.  While his companions died or turned into monstrous fishmen, he became immortal.  He has spent the centuries searching for another mermaid in the hopes of finding a cure, and his search eventually leads him to Mana.  She is a young girl taken captive by an elderly group of mermaids in the hopes they can sacrifice her to regain their youth.  The two of them escape, but this is only the beginning of their journey...

Review: HUNGRY FOR YOU: ENDO YASUKO STALKS THE NIGHT

After that last review, we should look at more recent take on horror.  It should be something a little funnier, a little moodier, and maybe more than a little bit gay. 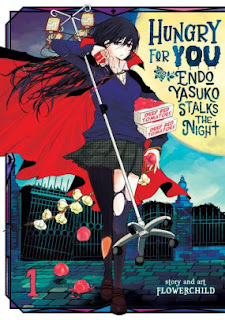 At a prestigious girls' school in Yomai town, a mystery haunts the student body.  Three girls have gone missing and no one knows who the culprit might be.  Shizue thinks she has stumbled upon the answer when she discovers her classmate, Yasuko Endo, drinking another girl's blood.  A chase ensues, but Yasuko ultimately makes a deal with Shizue: if Shizue will provide her own blood as needed to keep Yasuko's cravings at bay, Yasuko will help pay for Shizue's food and lodging.  Thus begins their strange relationship, one that only grows stranger as it grows to include a hyper-competitive rival, an incompetent vampire hunter from Texas, and a gal with an agenda of her own.

With its recent rerelease, it's time to take a look at a suitably spooky Shonen Jump title from the past. 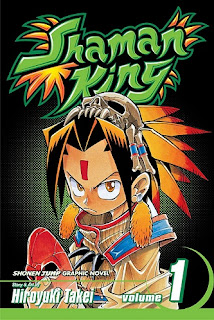 One night after cram school, Manta runs into a strange young boy in a graveyard staring at the stars.  This boy, Yoh, turns out to have the ability to see ghosts.  That's because he is a shaman, someone who can not only communicate with spirits but to summon them at will and use their unique powers in battle.  That skill soon comes in handy when the two have to deal with neighborhood bullies, angry ghosts, and a rival shaman named Ren who wants Yoh's favorite ghost for himself.