Actually, I take back what I said last time.  There IS something that's even weirder and more off-putting than Brother.  It's not quite about bestiality, and it's not quite about furries, but it is one of the most notorious BL releases in English. 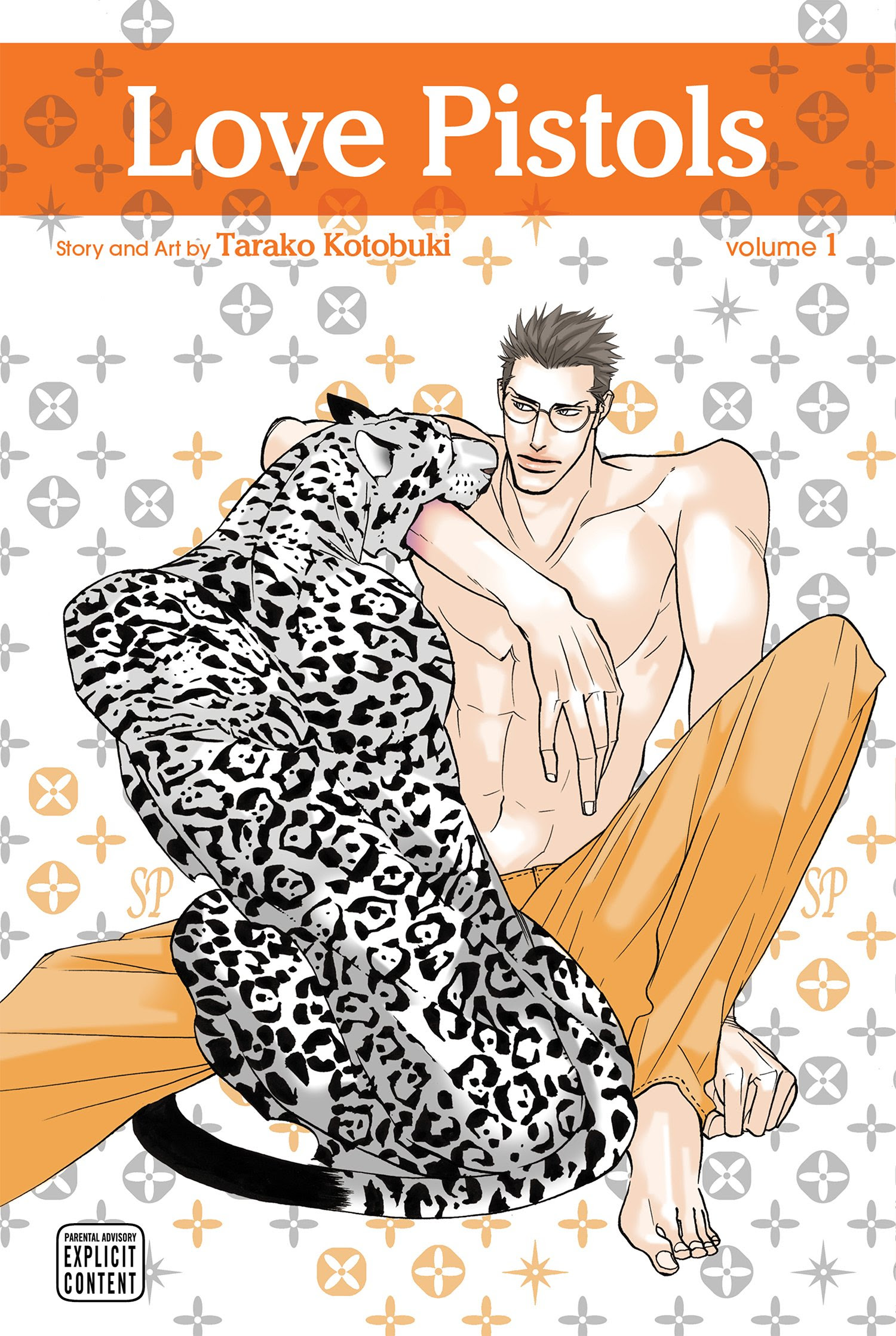 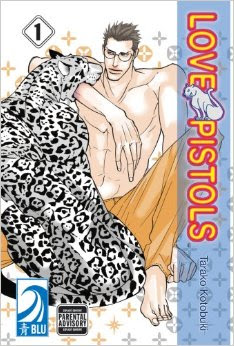 Norio was a perfectly average 16-year-old guy until an accident leads him to a near-death experience.  Ever since, Norio is utterly irresistible to just about every guy in the vicinity with no explanation.  Weirder still, at times Norio would swear that they look like animals instead of people.  Things come to a head when surly senior Kunimasa Madarame snatches Norio away to his home.  It turns out that Norio, Madarame and many others like him are the members of 'zoomanity,' humans descended from creatures other than apes.  This gives them heightened senses and the ability to transform into their animal forms, and all of them desire the highest ranking mates to breed with.  Unfortunately for Norio, he's something of a missing link and Madarame is determined to Norio his mate by any means possible.

This may be without a doubt the weirdest yaoi manga I've ever read.  There are some seriously out-there premises in the world of BL, but you'd be hard-pressed to find something weirder than 'teenage catboy gets assaulted by giant hulking animal men for breeding purposes.' I can't fault Kotobaki for originality, but I sure as hell can fault her for cranking up the seme/uke nonsense to 11 and generally making things more annoying, convoluted, and uncomfortable than it ever needed to be.

Norio is your standard uke.  He's loud, frantic, highly emotional, and despite his many protestations he inevitably falls for the seme because the plot demands it.  Mind you, I can't blame Norio for protesting when faced with a seme like Kurimasa.  Like most semes, he's a selfish, possessive, and emotionally constipated bastard who is constantly brusque to everyone around him.  His idea of a romantic introduction is to drag Norio into the bathroom, attempt to rape him in a spare stall, and then jizzing all him to 'mark' Norio as his property.  The story tries to play Kurimasa off as just a tsundere that's heavy on the tsun, but I don't buy it for a red-hot second.  The only reason Kurimasa gets his man in the end (pun not intended) is because of pheromones, and every single encounter between Norio is a skin-crawling exercise in abusive relationships.  The idea of anyone finding this alluring or romantic is disturbing to me.

Oh, before you ask, don't bother asking the story to explain the science of 'zoomanity' in any coherent or sensible manner because what I described above in the summary is about all that we get here.  Oh, there's plenty of info-dumping about the various races of half-animal people and the hierarchy they've created for themselves, but any question as to why or how is thoroughly ignored.  I'm especially concerned about the occasional offhanded comment about Norio bearing the seed of others and similar concepts which hint at something that should never exist outside of bad fanfiction: MPreg.  If you've ever been in a slash-happy fandom, you know precisely what that means and all of the reasons it should be dreaded.

The only antidote to all of this is the B-plot with Kurimasa's half-brother and his friend Shiro.  Shiro is an ordinary guy who finds himself drawn to the brother and strikes up a rather reluctant friendship with him.  As for the brother, he's got a chip on his broad shoulders from a past relationship gone bad and he starts down the tsundere path when Shiro starts showing up in his wank fantasies.  There's a surprising amount of complicated emotion between these two that makes their plot more compelling than it has any right to be.  Honestly, were it not for the fact that the brother nearly goes into torpor due to his snake nature, it would be easy to just pretend that this is just another high school yaoi story.  It's a shame that the relative amount of restraint and emotion found in that plot couldn't be extended to the rest of the story.  Instead it's as broad and bizarre as it wants to be, and I can't imagine anyone picking up Love Pistols for any reason other than for the trainwreck factor.

The artwork certainly isn't helping things either.  It's not quite on the scale of something like Junjo Romantica, but it's up there amongst the worst examples of BL artwork I've reviewed.  The biggest problem is with Kotobaki's character designs.  Right away, you'll notice that she clearly prefers her semes to be built like brick outhouses, so that they can all hover and loom over short, willowy Norio.  Unfortunately she draws them like they all suffer from gigantism, with ridiculously thick, blocky torsos, thick gangly arms, and huge spidery hands and feet.  Even their facial features are broad and block with giant lips and lantern jaws, and all of it is as drawn in a flat, broad, and deeply amateurish manner.  I get that semes are typically drawn to look more masculine than their partners, but this is taking the concept straight into the realm of caricature.

Things don't get any better once they start turning into animals.  We don't get to see any transformations other than Norio and Kurimasa, but what we do see is enough is handled so poorly as to be downright laughable.  The shifts are handled entirely off-panel; one moment Kurimasa is a man, the next he's a man-sized jaguar with the proportions of a NFL running-back.  Norio's transformation takes the cake, though.  Being a hybrid of a cat person and a normal human, his animal form basically looks like a tiny copy of Snarf from Thundercats.  Once I noticed this, it was utterly impossible to take any of the smut scenes the least bit seriously.  How can anyone keep a straight face when faced with scene after scene of a giant trying (and usually failing) to rape Snarf?  It's like something out of the dregs of DeviantArt!  That's honestly the best analogy I can make to Kotobaki's artstyle as a whole.  It's certainly distinct, but it's so weird that again I can't imagine anyone enjoying it beyond the so-bad-its-good factor.

Unless you are actively seeking out bad weird yaoi for some reason, Love Pistols has practically nothing to offer your average BL fan.  The only good part about it was the part that mostly ignored the weird fetish material, and even then it's so thoroughly soaked in cliché and godawful art that I can't see anyone but the most hardened, kink-drenched fujoshi enjoying this one.

This series is published by Viz under the SuBLime imprint, and formerly by Tokyopop under the Blu imprint.  This series is ongoing in Japan with 8 volumes available.  The 5 physical volumes are out of print, but all 8 are available digitally through SuBLime's website.
Posted by Megan D at 11:50 AM